Excellence: from the beginning of the process of production

After guaranteeing the excellence of the Dolcetto – which he first bottled and made known beyond the local borders – he bought the first hectares of Nebbiolo, first in Barolo and then in Neive. With later acquisitions, the heirs have given the Barolo of the Poderi the solid qualitative base that the founder had in mind. The 13 farmhouses that make up the Poderi Luigi Einaudi lie in the crus that have been recognised historically as the best of the Langhe region in terms of exposure, position and the quality of the terrains, for a total of 150 hectares of land, of which 70 are used for the production of the wines. 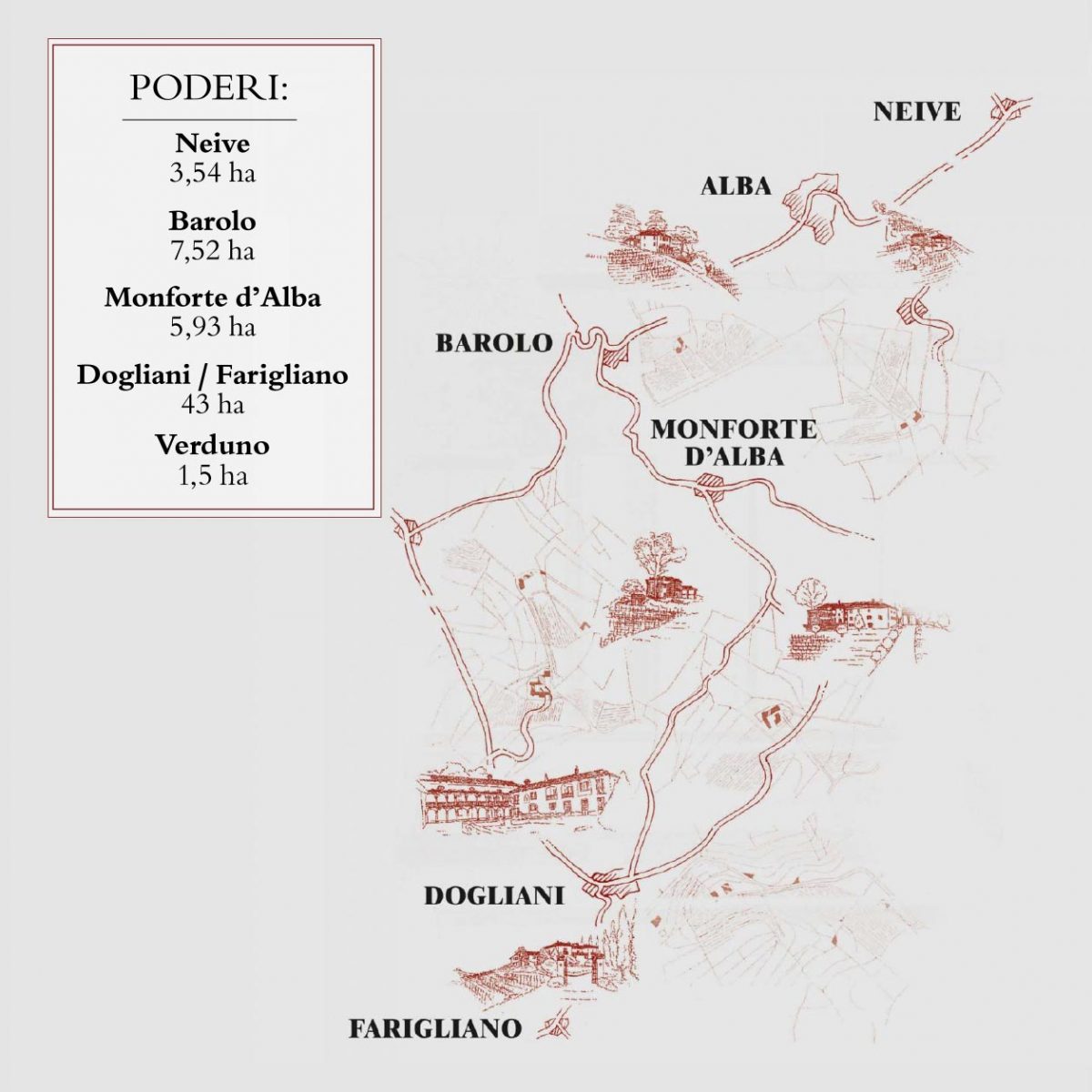 70 HECTARES OF PODERI
AND 13 FARMHOUSES